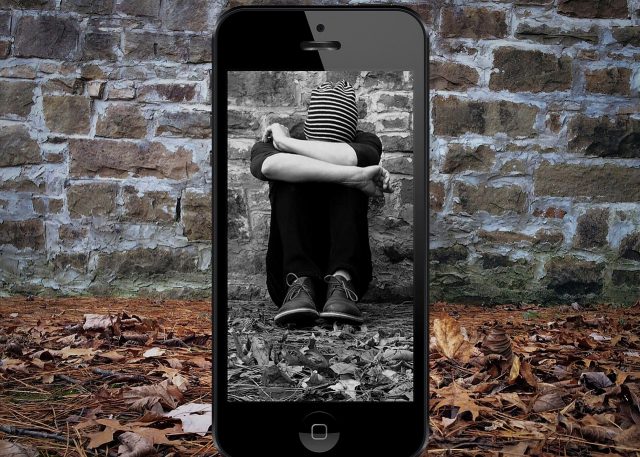 Social media: the major reason violence is on the rise

Social media are platforms for sharing information, ideas other forms of expression via virtual communities and networks. By having the ability to share ideas and thoughts, social media is the major reason violence is on the rise. Sharing thoughts is often the root of bullying on social media, which can have enormous consequences for people that get bullied. Social media also has an immense impact on teenagers that already have mental problems and can make them be in a worse state than they already are and they often start to self-harm. Spreading inaccurate information on social media can also be the cause of the magnification of violence.

A big part of violence on social media is taken up by bullying. Bullying is something that has existed since mankind, due to human’s nature of taking out its problems or insecurities on others. Today, people took bullying to a whole new level. Mostly teenagers participate in harassing people verbally online, which leads to violence in person as well. With social media taking over the world, more and more bullying happens in real life, which can have dangerous outcomes.

Another type of violence that is the product of the rise of social media is self-harming. People have self-harmed even before the age of social media and networks. But with social media being a big part of teenagers’ lives, lots of them start to self-harm themselves. Some because they saw how much attention it can get them. However, most start either comparing themselves to other people, which all leads to a huge drop in their confidence and how they see their worth, or they start by receiving malicious comments on the internet and bullying online, which also leads to them not realizing their worth and harming themselves.

Not stating true matters and spreading false information can lead to humongous acts of violence happening. For example, someone is bored and posts on social media some kind of political message that was allegedly said by the president of India and it blows up on Twitter. This message is not well received by the people of Pakistan, and with knowing their political issues; this one post can be the cause of a war happening between the two countries. This is one of many examples where violence is caused by social media and spreading false information.

In conclusion, violence is rising because social media exists. People easily spread faulty information which, in a lot of cases, is the cause of many acts of violence, such as fights and bullying. A lot of people take part in it and it can have huge consequences. Furthermore, bullying on social media also partakes in the rise of violence. With mostly teenagers bullying other teenagers, that bullying often doesn’t have a stop. People also tend to self-harm because of social media, which also counts as violence.