The colours of our school at this year’s EAA were defended by Marija Novoselec in the Story Challenge and Andrej Gregorin in the Speaking Challenge categories, both being pupils of class 4. d.
Marija’s story entry can be read here. Unfortunately her story had a too long word count and was disqualified.
Andrej Gregorin, however, was a star at this year’s Speaking Challenge, gaining the audience’s applause before the debate was formally over.
It is to be expected that he will be amongst the first three awarded contestants to be announced tomorrow afternoon.
As both our participants are leaving our school to become students, everyone wanting to test their knowledge and skills in English in an unusual manner with only positive feedback, may do so by reporting to Miodrag Maričić at any time during work hours.
Cheers to Andrej and our glorious school! 😉

Human relationships in the future: Visiting the void

I was looking at an estranged, devastated land through the train’s window. The book manuscripts, whose publication prompted me to appear in the civilization, remained untouched in my suitcase. I was returning to a small mountain village that had been my sanctuary for twenty years and a source of inspiration for my books and collections of poems. And it seemed that I would never leave it again given the events that I had been experiencing those days. I had collected my literary opus before winter and gone to a European city in which I had previously attended college. Even though winter and loneliness had been a positive influence on the development of my creativity, I had been obsessed with an idea to once again experience life in a metropolis and return to my cultural, intellectual circles.

One evening I managed to drag myself to the train station. I needed to wait two hours for my train to come. I didn’t even see anything at all because there was a mist of sickness in front of my eyes and I was not able to think clearly. But soon somebody sat beside me. That man from the dark doorway. He had a briefcase in his hand. I thought it was just some unreal projection created by my damaged neurons, but then he patted me on my shoulder and said „Thank you. I had been searching for years for a sign to do something different and revolutionary because this dehumanised monotony had always suffocated me. I also want to talk to trees. “We boarded the train before another acid rain started falling.” 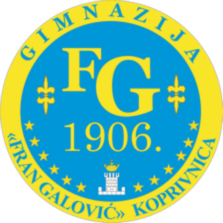